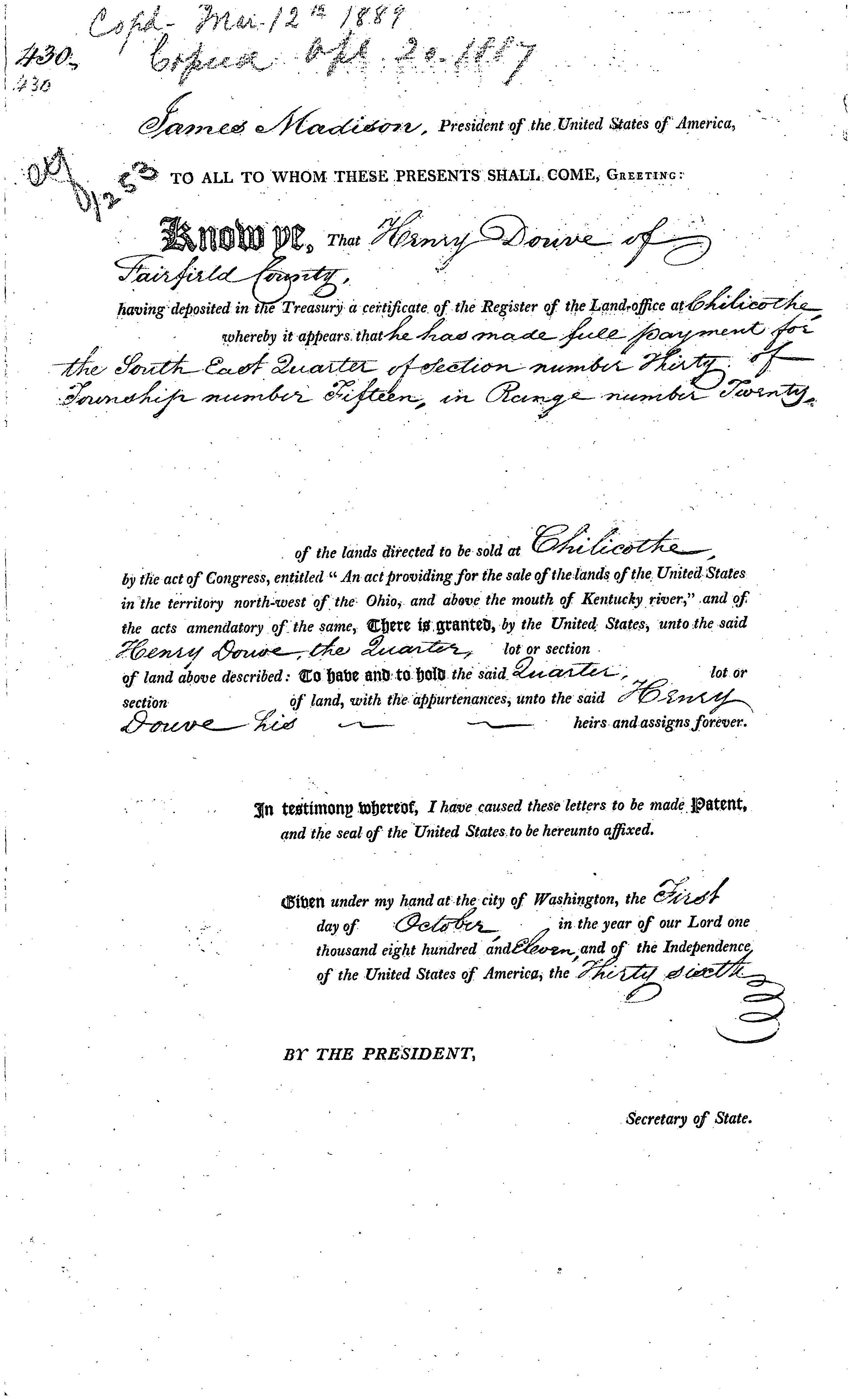 On October 1, 1811, having made “full payment of the South East Quarter of Section number Thirty of Township number Fifteen, in Range number Twenty,” Henry Douve received the land parcel that would eventually become the City of Canal Winchester—and the 84 acres that will become the city’s newest public park.

The Land Act of 1800 established (initially) four federal land offices in Ohio, and Henry Douve purchased his acres from the Chillicothe office. Prior to 1800, purchasers had to purchase a minimum of 640 acres (called a section) at a minimum of $1 per acres, which proved to be too expensive for most settlers. By 1804, the federal government had relaxed those requirements and At the time Henry Douve purchased his quarter section (160 acres), lands were auctioned for a minimum of $2 per acre, still a hefty price.

Douve (or Dove) divided his land between his sons 10 years later, but within the next five years, Ohio began constructing the canal system connecting Lake Erie to the Ohio River that would bring the products of Ohio’s interior farmland to the rest of the country. The construction of Ohio and Erie Canal through his land prompted Henry’s son, Reuben, to create the intial city of Winchester (changed in 1841 to Canal Winchester), Ohio, to take advantage of the traffic of people and goods on the canal system.